Abnormality in a spiny butterfly ray

Scientists from ElasmoCan documented the first case of an abnormality in the spiny butterfly ray Gymnura altavela. This occurrence is also the first time that an anomaly is reported in a shark or ray species in the Canary Islands and from observations in its natural environment. 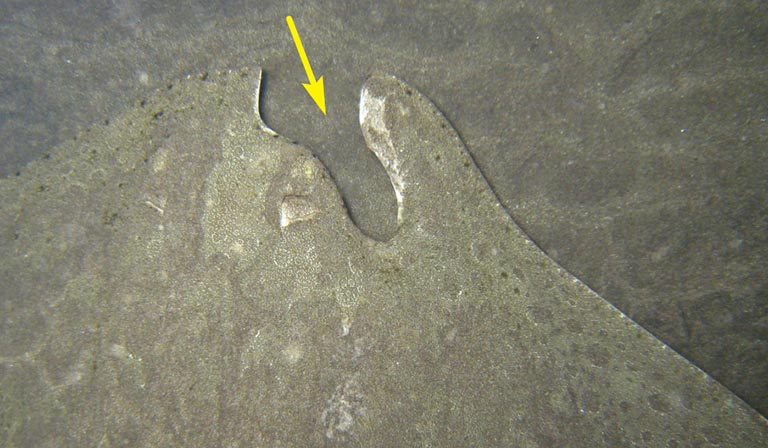 The researchers observed a spiny butterfly ray with incomplete head in the Port of Sardina (Galdar, Gran Canaria) during two consecutive years. This deformation was caused by the lack of fusion of the right pectoral fins to the cranium, leaving an opening in the anterior part of the disc which is normally closed. 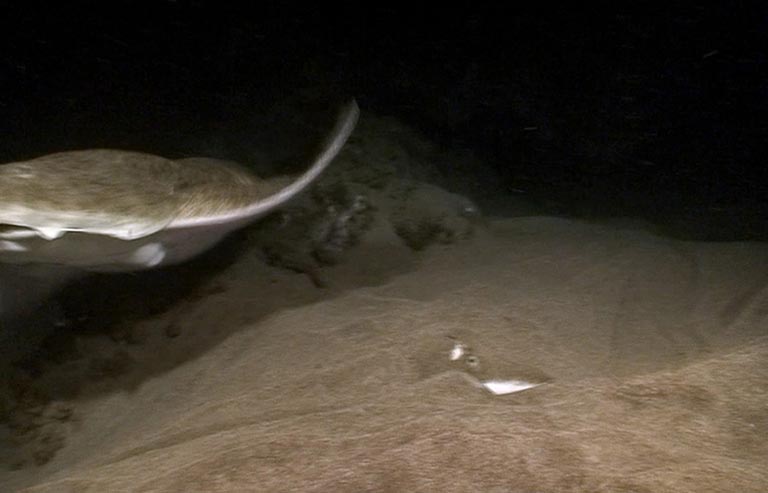 You can see a video of the butterfly with a morphologic abnormality, interacting with an angelshark Squatina squatina; source Narváez K, Osaer F (2016) Morphological and functional abnormality in the spiny butterfly ray Gymnura altavela. Mar Biodivers Rec 9:95.