A new angelshark species was described for the Caribbean region of Colombia. David’s Angel Shark (Squatina david) is a sister species from two angelsharks along the Brazilian Coast: the angular angelshark (Squatina guggenheim) and the hidden angelshark (Squatina occulta). Its origin is estimated between 10.7 to 2.7 million years, at the end of the Miocene and the beginning of the Pliocene when the Isthmus of Panama was formed. 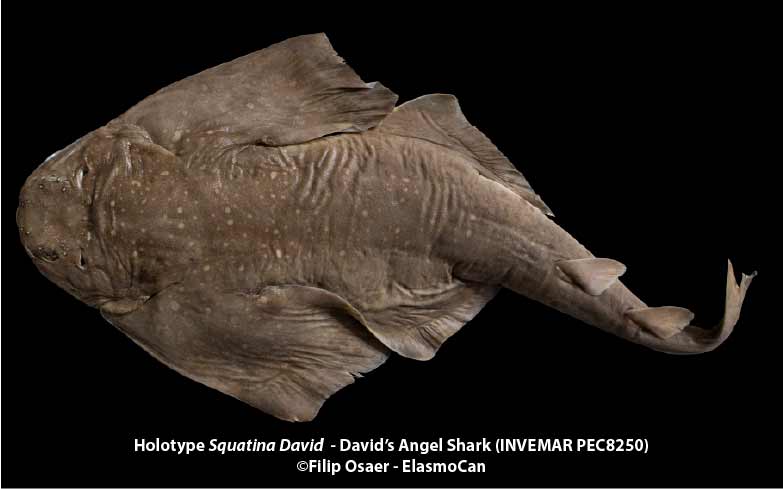 The different angelshark species worldwide are very similar in appearance and therefore difficult to identify. As per the latest revision* 20 species have been recognized. Squatina david would bring this total to 21.

The complete report is available via DOI 10.1643/CI-15-292 “A New Southern Caribbean Species of Angel Shark (Chondrichthyes, Squaliformes, Squatinidae), Including Phylogeny and Tempo of Diversification of American Species”.