A common parasite for the angelshark in the Canary Islands

Scientists from ElasmoCan identified a common parasite for the angelshark (Squatina squatina) in the Canary Islands. During dives in the islands, between 2006 and 2015, the marine leech Stibarobdella macrothela was regularly observed feeding from the shark’s blood. 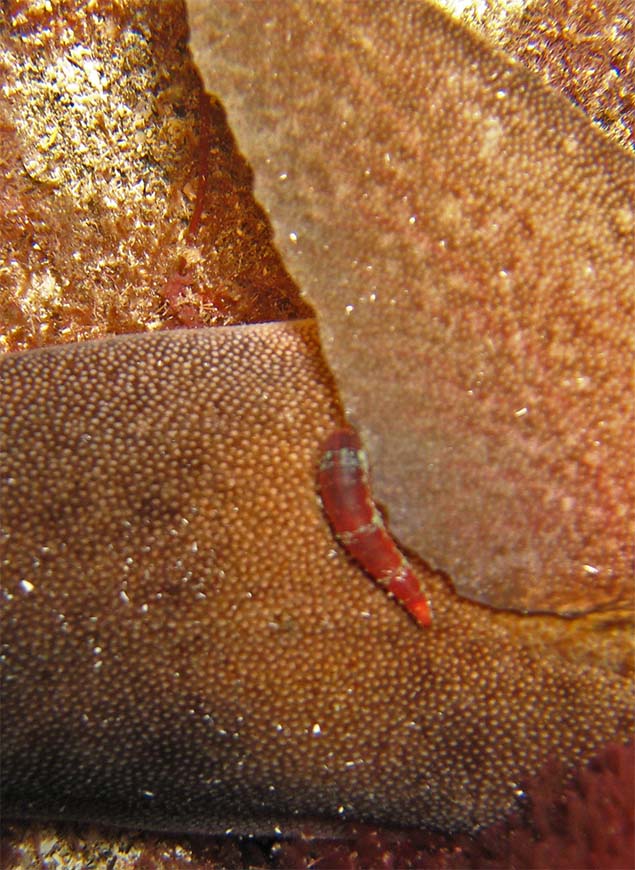 It is the first time that a parasite is registered for the angel shark in the Canarian Archipelago, and the first host record for the marine leech since its first report in 2006. This report is even more valuable since it involves observations from both species in their natural habitat during more than 9 years.

The complete report, which was made possible thanks to the support of the Shark Foundation, is available in Springer via DOI 10.1007/s12526-016-0444-y “The marine leech Stibarobdella macrothela parasitic on the angelshark Squatina squatina.